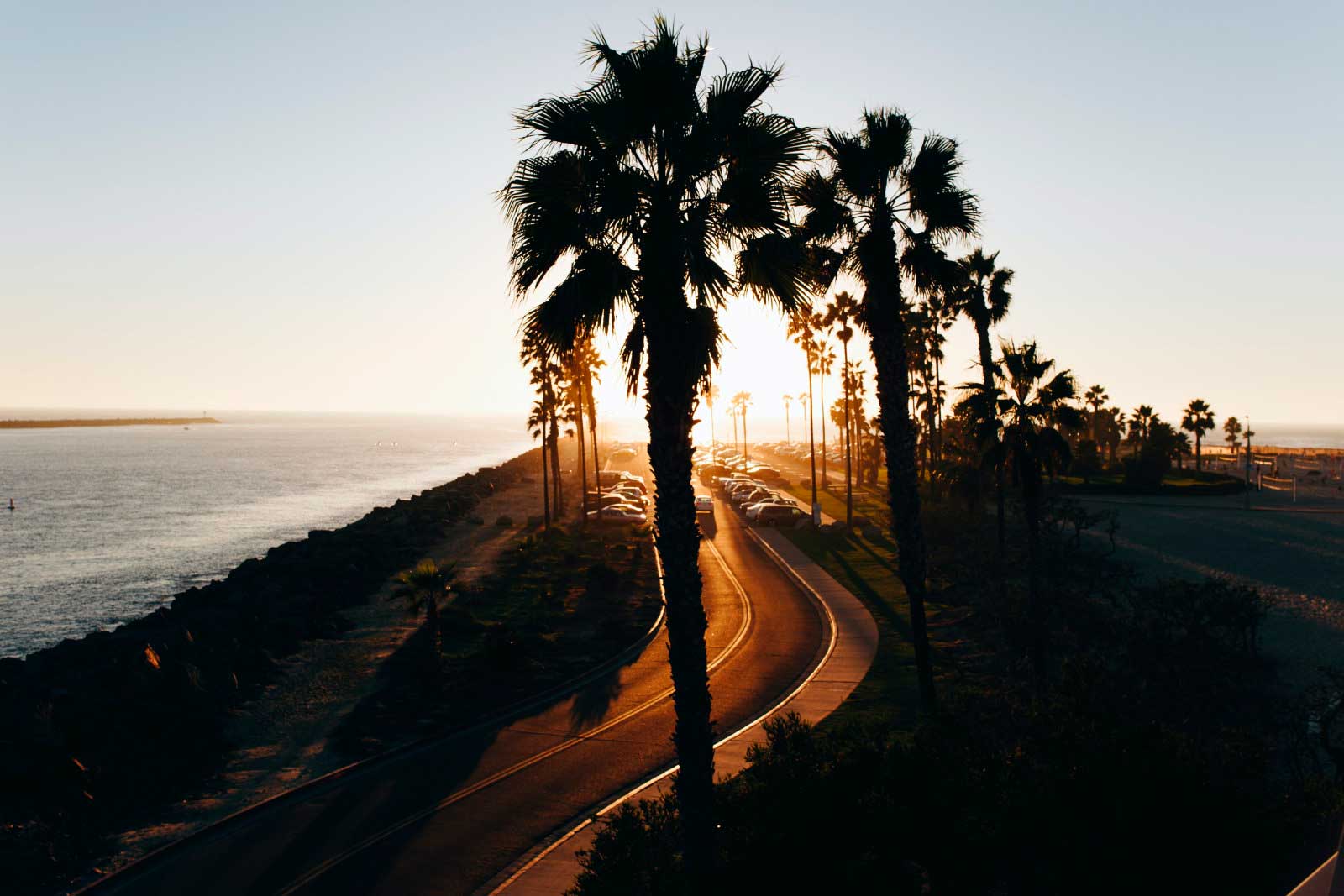 California has an abundance of stunning backdrops, which is undeniable. After all, it is here where some of the most successful film productions saw the light of day. To capture the most eye-catching shots or explore remote areas, rely on our location scout.

Firstly, tick off the list finding the most telegenic California filming locations. We have your back and we are ready to assist you with every aspect of production. From film permits, gear rental to translation or crew hire, trust us to find them. We are very familiar with the insights of filming in California.

Imagine shooting in massive studios like Universal, Paramount Pictures, or Warner Brothers. Or perhaps your dream is to feature the iconic Hollywood sign in a frame. Maybe you envision producing the next La La Land. All these world-famous spots are accessible when filming in Los Angeles. The country’s largest film and TV hub, the city is welcoming foreign filmmakers all year round.

Count on our production assistance for full access to local resources. In any of the California filming locations, we help you get the gear, crew, and film permits set on time for shooting. Don’t let the traffic or formalities stop you. Let us make everything work in your favor. Even for special conditions for shooting, like redirecting traffic, we know the steps. Trust us to have the right collaborators across the country, to get you the approvals on time. Turn your visionary ideas into a successful production, with our support.

Aside from Los Angeles, the Golden State has many other telegenic backdrops. When thinking about California filming locations, the Golden Gate Bridge is unmissable. Likewise, filming in San Francisco can also feature the Alcatraz prison or car chases. However, the decision is yours, according to the type of production you have in mind. If you aim more at TV family series, explore the picturesque neighborhoods in the city.

Enlarge your filming perspectives, the Golden City can accommodate even unusual projects. Natural calamities, end-of-the-world scenarios, family movies, and even romcoms were easily shot here. Rise of the Planet of the Apes (2011) or Mrs. Doubtfire (1993) highlight the most versatile backdrops. Find the most adequate set for your production and count on us for the paperwork. Obtain the film permits in California without breaking a sweat. Allow us to be by your side through all the stages of production. Get in touch for more details!

Recreate the adventurous shots from Indiana Jones and the Temple of Doom (1984). Or capture the astonishing natural beauty in a new light, through your lens. However, California filming locations include more than just urban settlements. The Yosemite National Park is one of the most impressive locations you can shoot in. And with the help of our location scout manager, you know you won’t miss any telegenic angle.

Capture mesmerizing waterfalls, deep valleys, or towering granite monoliths, all in one place. And if you plan to do a documentary, the ancient giant sequoias here will look great on camera as well. When collaborating with a production company, we strive to provide support beyond expectations. Enjoy the scenery and ensure your shooting schedule stays on track. For that, getting the local authority’s approval for film permits is necessary. Allow your lens to explore places off the beaten path and let us handle the paperwork.

One of the hottest regions in the world, the Death Valley is often used for out-of-this-world shots. Star Wars: A New Hope (Episode IV – 1977) is an on-film proof that California filming locations are stunning. However, if you want to get your gear and crew here for a production, there are some procedures in line. You have to get some approvals and obtain the film permits ahead of time. Also, various fees apply, depending on the number of people entering the area. If formalities are not your thing, team up with a leading film fixer in California. We can help you set things right from the very beginning, for a stress-free shooting session. Our team also includes a knowledgeable location scout manager, at your service. You can explore more than the common spots and get exclusive shots. Don’t sweat it, with Fixer California, filming in Death Valley is a breeze.